Meet Charlie. Charlie is a fellow backyard boatbuilder. He launched his build in 1994 down the very same ramp Rediviva traveled last week. He and his wife started, like us, with the construction of a shed to house the steel Robert’s sailboat that was to become. The year was 1970 and in the backyard of their Napa home. 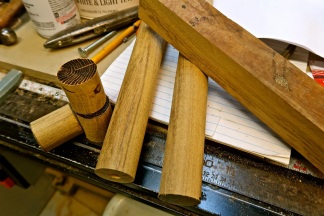 So what are we doing Charlie?

He starts by making square blocks out of the locust lumber we gave him. He then turns those blocks on his lathe to make dowels. Then he chops those dowels up into pieces. Back to the lathe he turns those pieces into parrel beads. 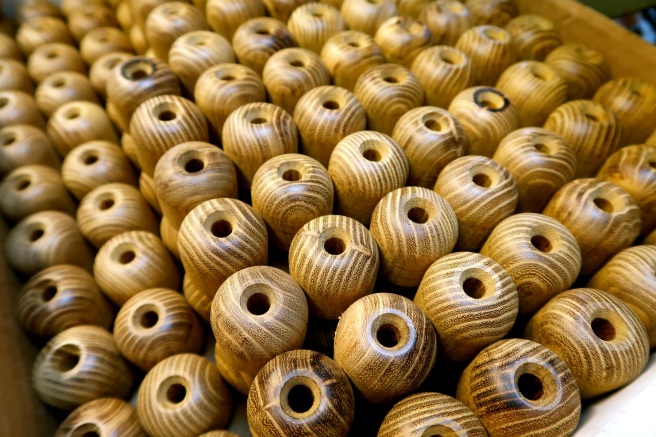 He’s only done a hundred…

A gaff rigged sailboat works by raising the gaff up the mast with the peak and throat halyard (two lines) then making fast the throat you continue to haul on the peak to tension the sail. Unlike a marconi rigged sailboat (today’s standard configuration) which raises its sails along a track the gaff requires either hoops (photo on left above) or parrel beads (right photo), the later being what we’ve chosen. Charlie is spending his weekends turning beautiful black locust beads for us. Not quite sure how many we’re going to need, including some spares, but the guess-timate is somewhere around 300 or more. 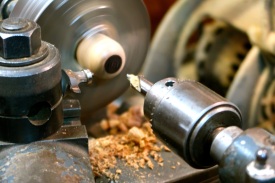 He places the round of locust with the grain orientation just so, so that the jaws of the lathe doesn’t tear or split the bead as it’s spun. Side A gets rounded and counter sunk then flip to side B and repeat. Then switch the counter sink bit for a drill bit and slowly clear the middle making a bead. 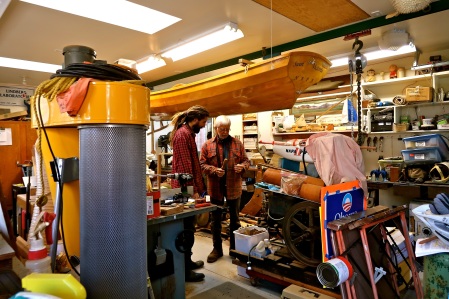 It’s so wonderful of Charlie to make these for us! It’s neat to be making progress on the rig before Garrett and I even get to that stage. Charlie’s hungry for more projects apparently because he wanted to talk belaying pins next! He’s an animal.

Two handsome self-made shipwrights who learned by doing and saw their dream float. Charlie and his wife have some time on us as they floated off into the sunset years ago and logged some serious sea miles, we better catch up!