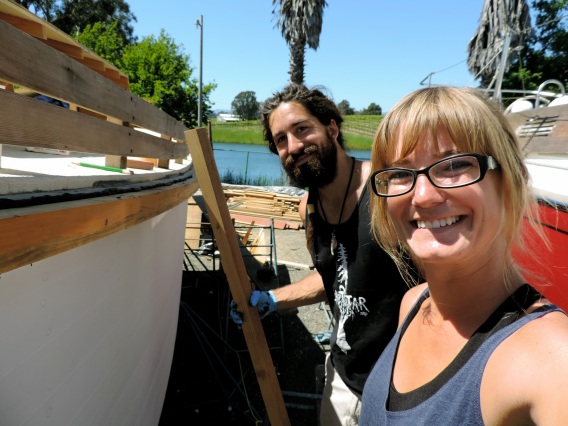 We’ve been working on the channels for the last couple days. The channels are apart of the rigging. The chainplates are wrapped around the channels to hold the stays for the rig further out from the boat making it easier to walk on the side decks without the rigging being pinched in and to get the rigging further away from the bulwarks as well as giving the dead eyes more room.

I thought it looked kind of neat with our neighbors mast next to us, at the right angle it looks like we have our mizzen up already  —–> 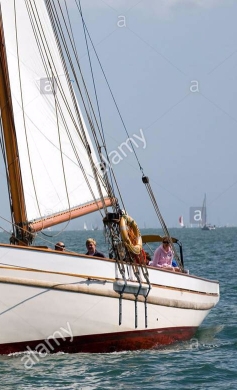 So in the above picture this is what it will look like. We’re installing the white block you see that holds the chainplates out from the hull.

Garrett got the port mizzen channel on by himself but for the last two days he’s had my help and I haven’t a clue how he did this alone!

Each channel is made up of three pieces screwed and tarred together. Garrett staggered the screws and angled them slightly. Once the tar dries a little we’ll be able to come back and slice off the excess with a razor blade easily. Then each channel will get sanded down and rounded to make ’em sexy.

The chainplates will be angled around the channel and extend down the hull about 5 planks, close to the waterline, where they’ll be bolted through the hull in probably three places. 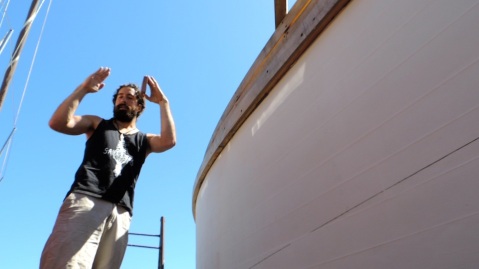 Garrett trying to explain all this to me 🙂 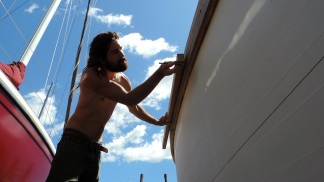 We did the forward port channel together for the main mast. Garrett located where the chainplates will be from the plans. 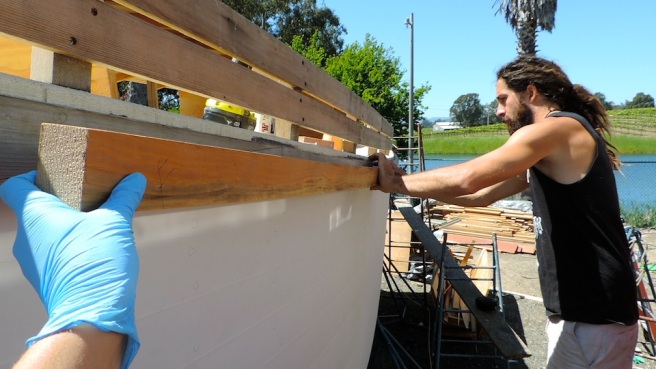 I’d help hold the piece in place while Garrett measured then drilled the pilot hole followed by the fastener. We dry fit each piece then took it back off smearing tar on both meeting faces then secured it back in place. Garrett somehow managed to wrangle the pieces in solo but we still had a decent time doing it with the both of us. Garrett drilled with one hand pulling in with the other and me using both hands and all my might we got each bit to make the bend. 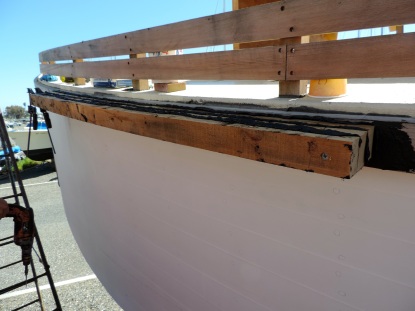 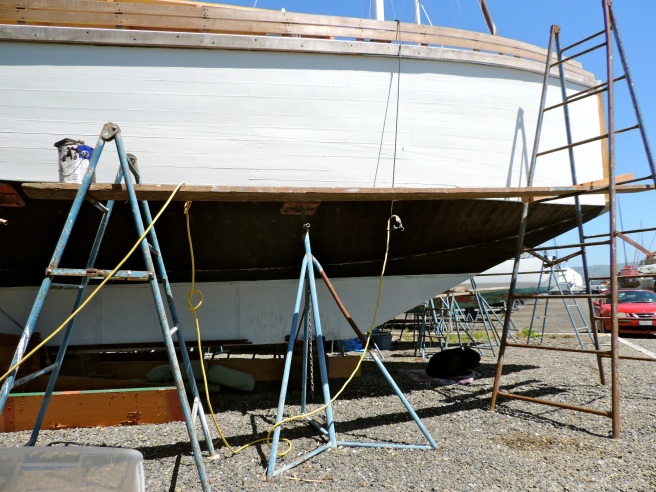 The following day brought us over to the starboard side. Starting with the starboard main channel. Which went smoothly until we realized the middle piece was put in upside down… Thankfully we didn’t get too far that it was a major pain to redo but the whole measure twice thing would’ve solved that one before it happened haha 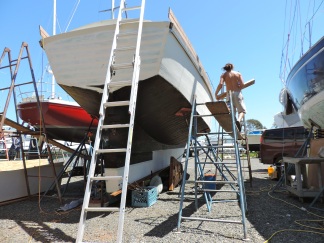 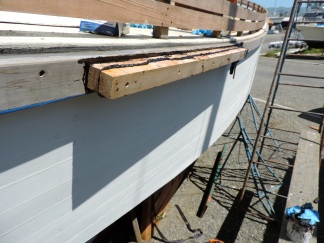 By the time we were onto the starboard mizzen channel we were pros. We would’ve been done in under 20 minutes if the impact driver battery didn’t die… But the channel pieces were happy to make the bend and went in easy. Maybe it being the heat of the day had something to do with it. Those dense fir pieces hate the cold but love the heat! 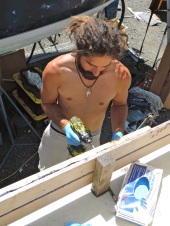 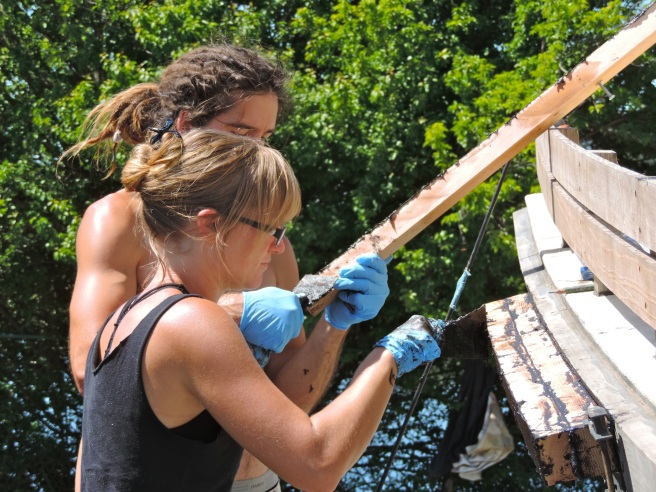 Tarring each face of the last piece of the last channel! The spring is wrapping up and the summer is kicking in. I roasted my shoulders yesterday. It’s going to be a successful summer that’s for sure! We’ve had almost a solid week without rain. Garrett will be so happy when we doesn’t have to cover up all his tools and work space anymore.