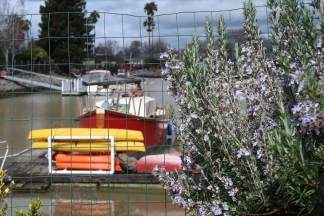 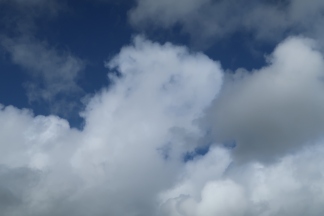 Starting Monday the weather man claims our first week of sunshine has arrived. We’d been watching the forecast to decide when the best time to get back to the boat would be. The time away has been exactly what we needed. Coming back we felt a bit nervous. Not wanting the remaining squalls to put us back in the same mindset; feeling unable to make progress on the boat but Garrett and I got to spend so many wonderful nights and days with good friends and family filling our cup. 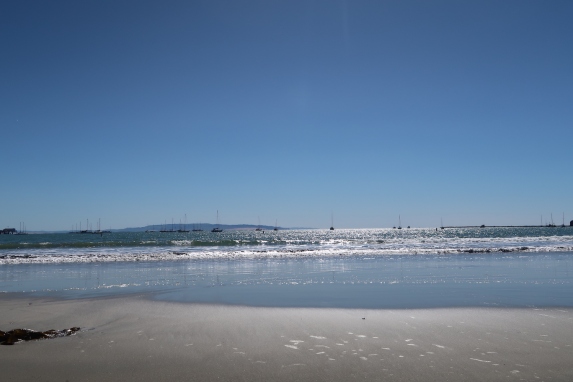 We took many walks. Stared out over the ocean. Absorbed whatever sunshine broke through. 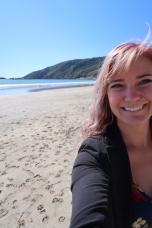 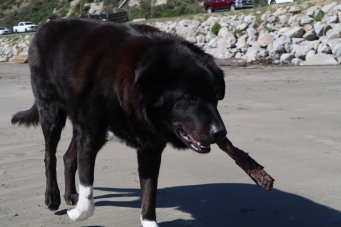 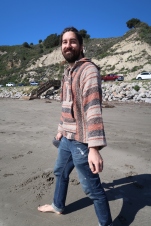 We could kick our boots off and Swabie found a stick. 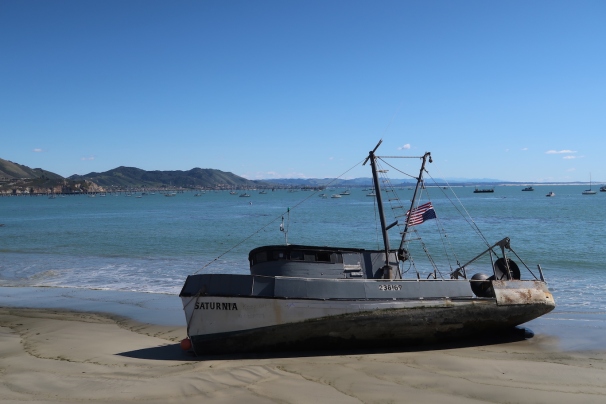 There was evidence here too that the weather hasn’t been exactly kind. Bad winters have been known to wash boats on shore in Port San Luis. An eerie reminder; it could be worse. 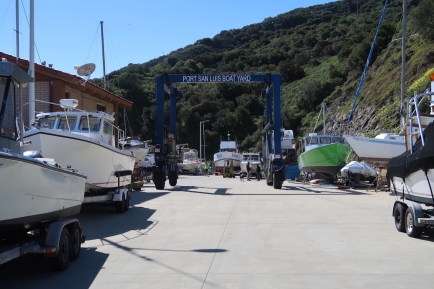 We’ve had two boats here in Port SLO. Our first purchase together, Black Pearl, and our first wooden boat/second project, Baltia. It brought back fond memories. Scout, our last boat before moving north, sailed us here the summer before building Rediviva. There’s nothing like arriving, even into a familiar port, on your own vessel and dropping the hook. We miss that so much. It won’t be long till we experience that but on a boat we built! That will be incredible! 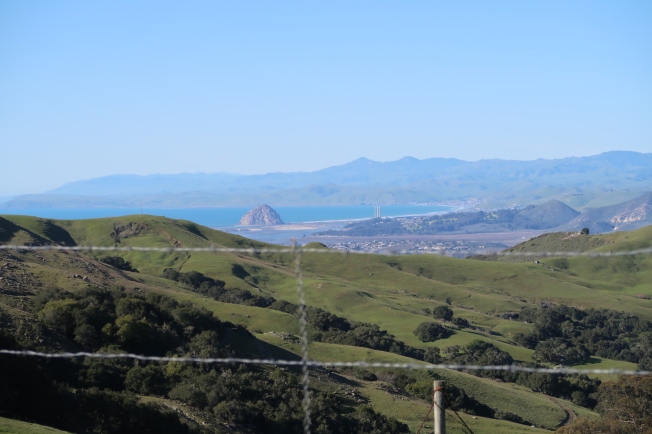 The bay Garrett grew up in was Morro Bay. More specifically the back-bay. He’d often be found messing about in something he built resembling a boat when he was a kid. As he got bigger so did the boats. Sailing was a refuge. A feeling of security and freedom. A few words some would NOT say describe sailing but they do for Garrett. 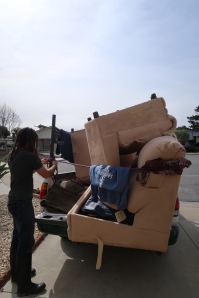 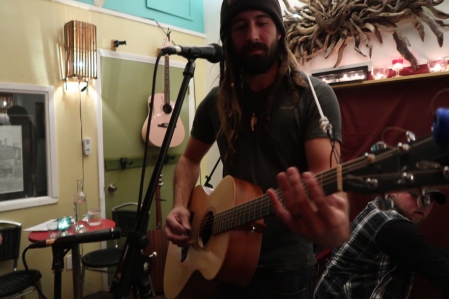 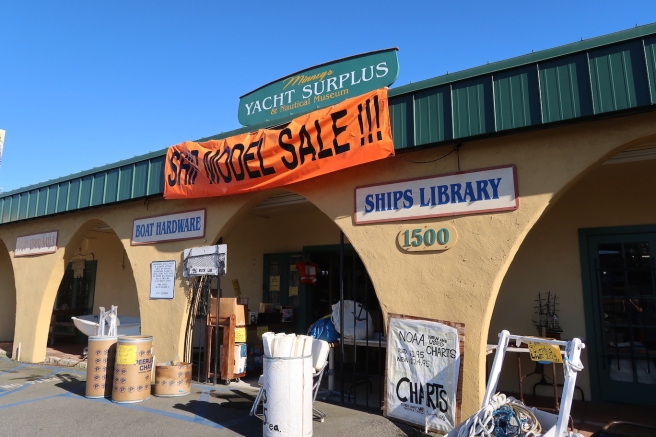 We did make it to Minney’s but not much luck this time. We walked the whole place (about 2 hours!) and came out with a $9 anchor windlass handle. The drive down to SoCal was beautiful though. The clearest we’ve ever seen it. North of Santa Barbara you could see straight out to San Miguel the north most island of the Channel Islands chain. 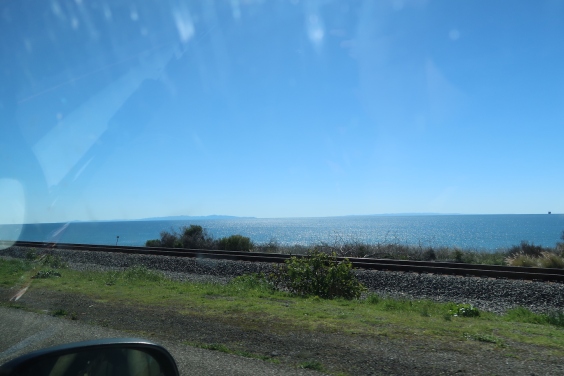 We also drove down here to visit a few of Garrett’s oldest friends. So what we didn’t spend at Minney’s we took his buddy’s famous “food tour” and stuffed our faces and laughed with the people that know us best. 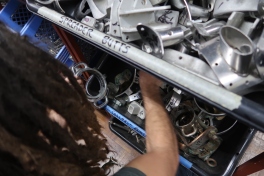 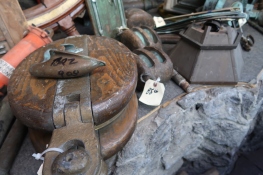 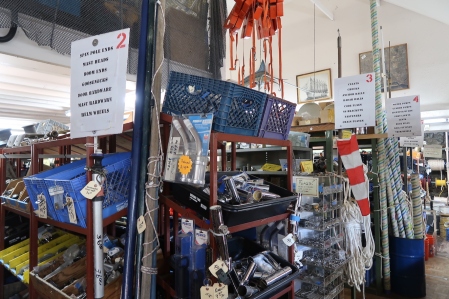 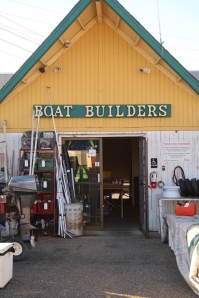 It was hard to leave southern California but it was time to take home with us everything we learned. It’s important to take time for yourself. It’s important to keep up on your friendships. It’s important to have fun and live your life even when things feel hard. We returned to Rediviva with a freshness. We’re looking to future projects not with distain but hope. There are so many milestones to be had and celebrated. 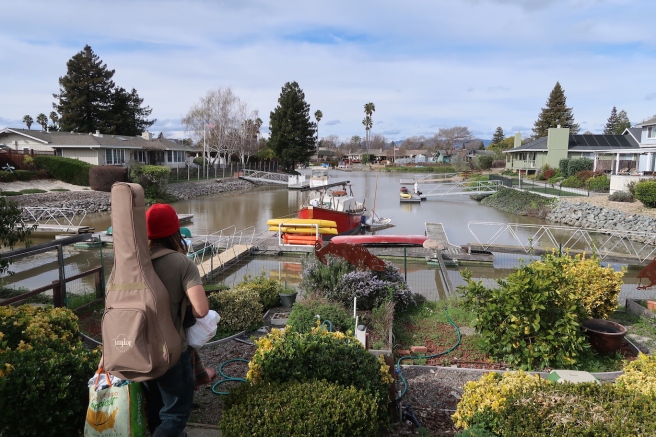 We’ve learned that it’s okay to get away from the boat but also how important it is to us to live aboard her when we’re there. Rediviva is our home. So we spent our first night aboard since shortly after we launched her. Cooked dinner, shared a bottle of wine, and talked about our goals. 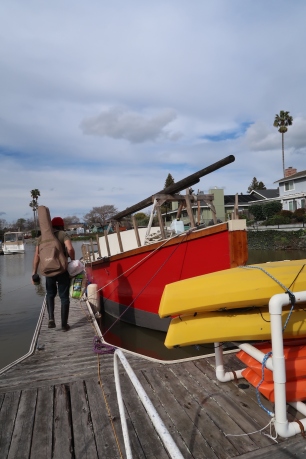 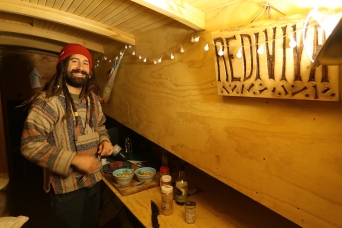 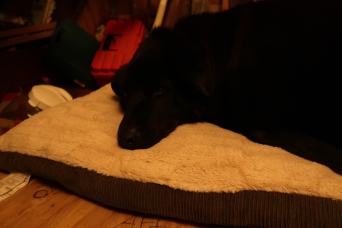 There are still so many thoughts to organize so I’ll share them as they unfold but the main priority is still to get the engine up and running. 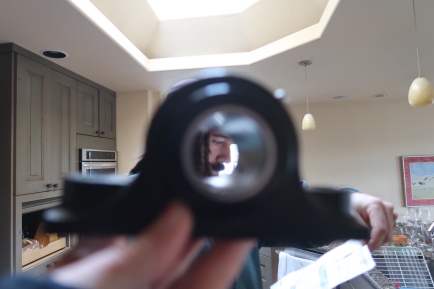 The thrust bearing had arrived which is the last piece to the driveline set up. After this is installed we can then move onto the fuel tank, wiring, filters, fluids, and shifting cables. 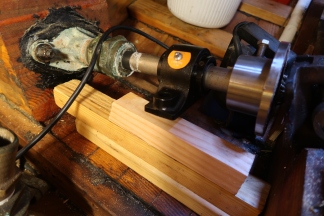 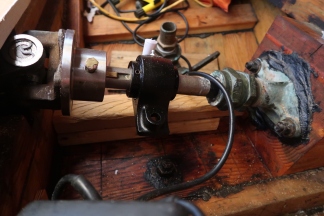 Since we are always more productive when we’re closer Garrett whipped together a counter top. The rest of the interior will come together after we knock off a few more major projects like the decking and rig. 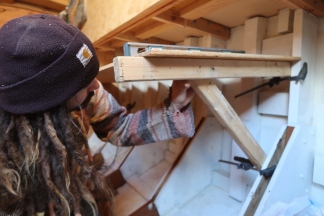 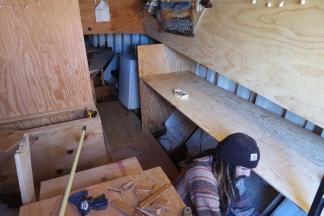 It feels good to be home. We’re ready for the next stage in building.

3 thoughts on “Coming Home with a Full Cup”