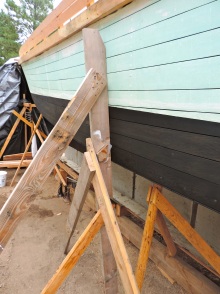 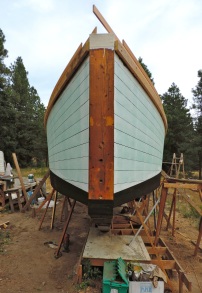 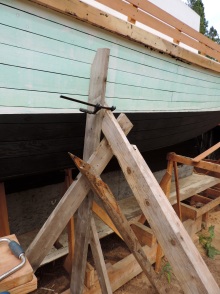 The day began with a simple goal, a simple task, building the second slide stand on the port side. Garrett didn’t stop there. Before I knew what was happening he was sawing the cradle floor away!

This is why I settle for ideas not plans because I never know what I’m going to get with this guy. 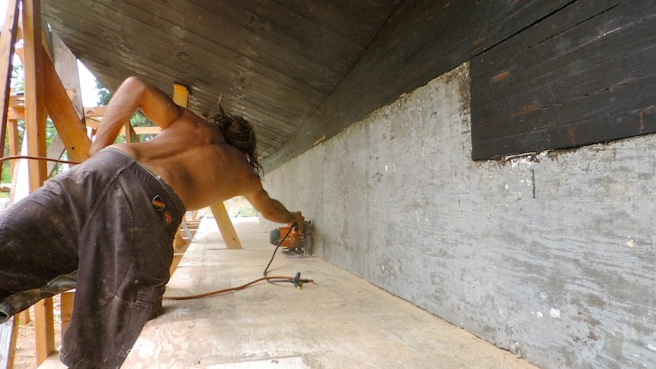 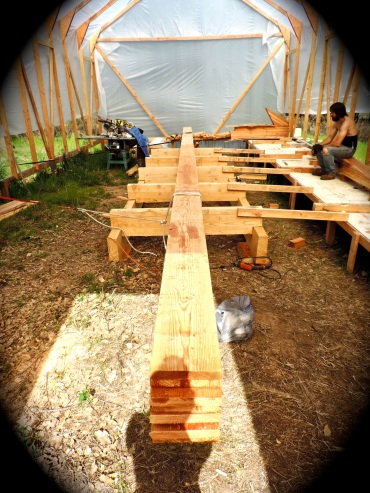 The slide stands on either side are to keep Rediviva from tipping over one way or another while we, using 4 jacks, lifted her up from the cradle. She has sat on this cradle since she was just a keelson, one timber compiled of 8 layers of 2X10’s. 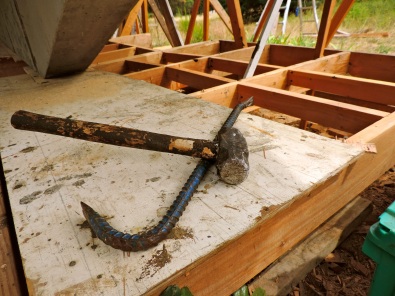 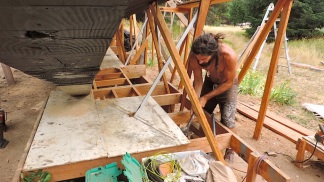 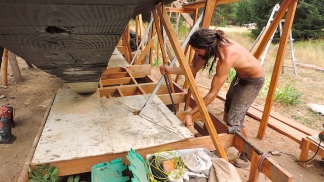 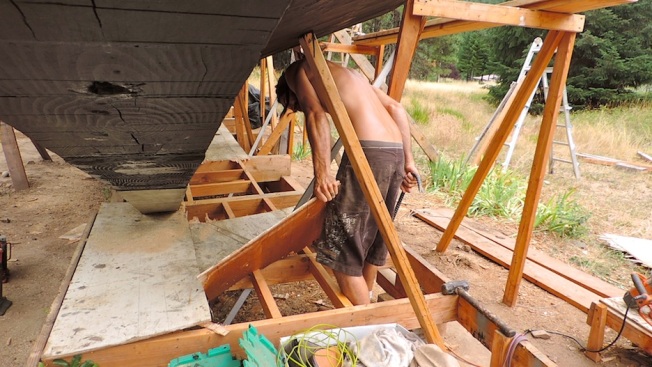 Here comes the fun part. It’s time. We really got our money’s worth with this plywood. We originally drew the lines of the boat on it in the lofting process, built a separate working floor with it, constructed the frames on it, made an entire boat atop it, we even built an outhouse. Ripping it all up, tearing it down, and burning the remains is not mournful but liberating. Cleaning up the property and moving out is beyond exciting, we’re ecstatic! 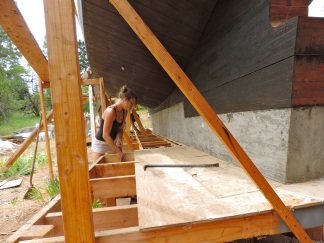 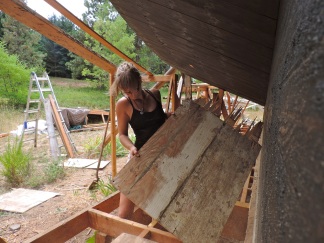 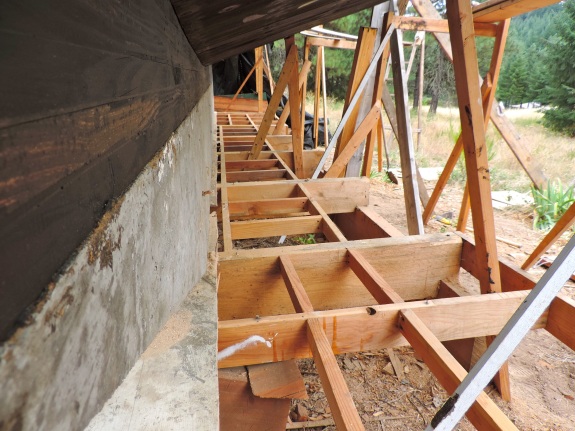 After most of the floor was removed and the framing on the sides were gone the jacks went to work. 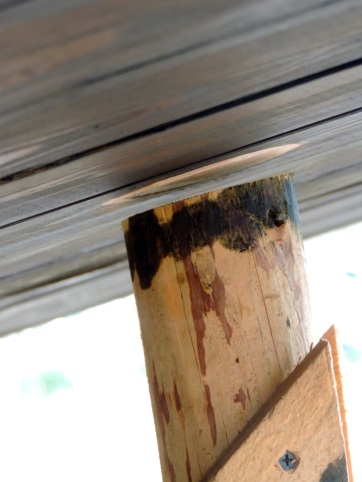 The idea is to lift the boat just enough to get the weight off the cradle and the remaining scraps of ply underneath. As the boat lifted so did the cradle; relieved of its burden. We had to raise the boat about 3/4’s of an inch before we could wiggle the broken bits of plywood. 3/4’s of an inch… big deal… well when you’re lifting a thing that weighs about 10 tons and you’ve spent the last 2.5 years of your life devoted to building that thing while most young 20 somethings are not building a 35ft wooden boat alone in the woods it feels a little bit like a big deal. You hear loud cracks and crunching wood. Wait! Was that the boat!?!? Trying to stay light hearted about the whole ordeal I laughed every time Garrett just about jumped out of his skin at the sound each “POP.”      Can you blame him though? 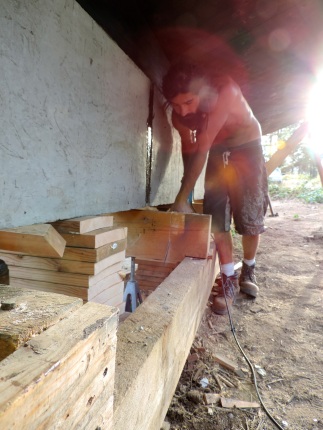 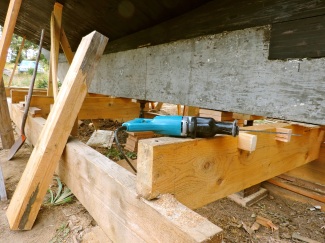 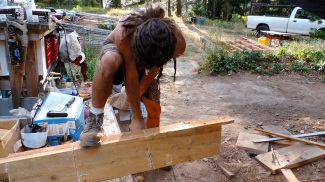 Before we knew it, racing the sun a bit, the moment came to let the SAWZALL into the ring. A tool appropriately named for the task; to saw all that was left. Garrett alternated beams then cubed them up to use for blocking under the keel. In order to get the hydraulic truck in we can’t have any blocking/supports wider than the keel its self. 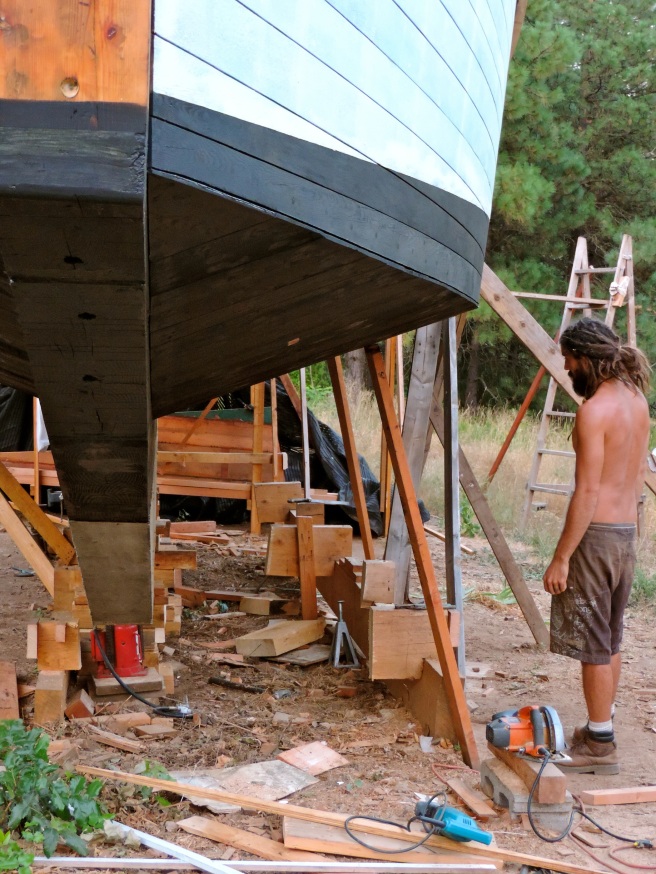 We’re gettin’ out of here!